The 61st Annual Academy Awards presentation was held on March 29, 1989.  The television show was broadcast on ABC. 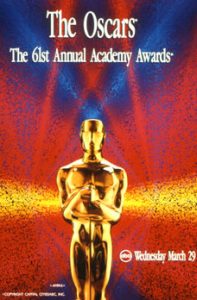 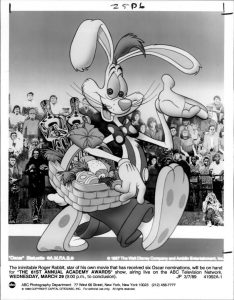 The opening musical number was a notorious send-up on Snow White, featuring Rob Lowe and Eileen Bowman.  The next day, Walt Disney Company filed suit against AMPAS for copyright infringement in the use of a likeness of Snow White. 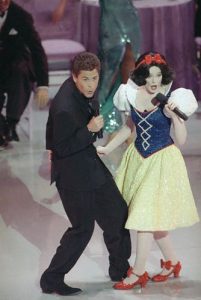 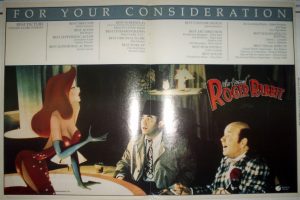 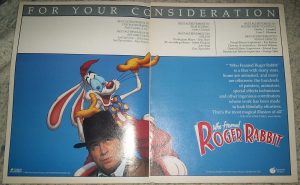 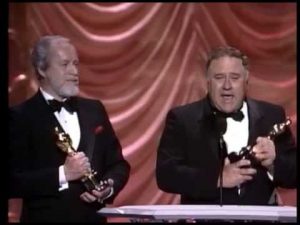 The next win was for Visual Effects.  Lloyd Bridges, and sons Beau and Jeff, presented Oscars to Ken Ralston, Edward Jones, George Gibbs, and Richard Williams. 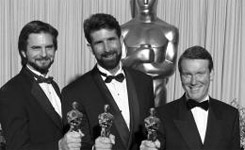 Next, Richard Williams was presented a Special Achievement Oscar for animation direction and the creation of Jessica Rabbit and Roger Rabbit.  The Oscar was presented by Robin Williams and Charles Fleischer. 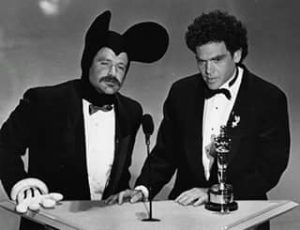 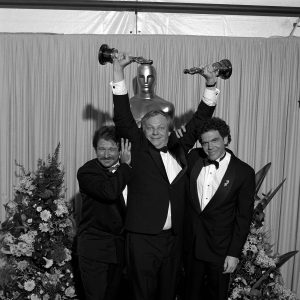 The final Who framed Roger Rabbit win was for Film Editing.  Arthur Schmidt was presented his Oscar by Farrah Fawcett and Ryan O’Neal. 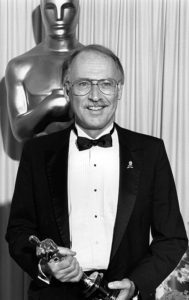 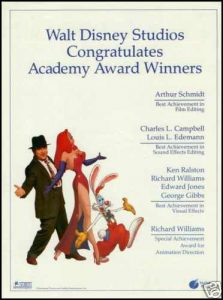 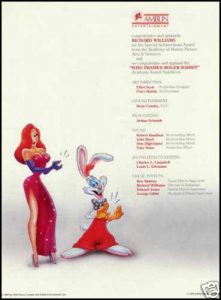 The following day, Richard Williams invited everybody who had been in the Roger Rabbit animation crews to lunch at Chadney’s restaurant in Burbank. 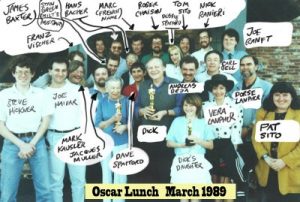 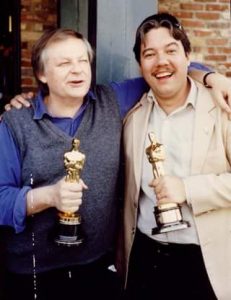 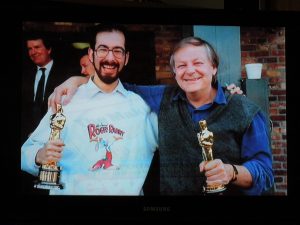