The plug was pulled on further development work on Roger Rabbit at the Disney studio in 1983.  Darrell Van Citters was assigned as director of a Special Projects unit.  This unit was set up off the Disney lot on Glen Oaks Blvd. in northern Burbank.  They eventually began work on a ‘Sport Goofy’ project.  ‘Sport Goofy’ was a Disney Marketing initiative.  It was intended as a vehicle to renew the library of Goofy sports-related ‘How To…‘ shorts.  They saw it as an opportunity to put the Disney brand on a wide range of sports merchandise in anticipation of the 1984 Summer Olympic Games in Los Angeles. 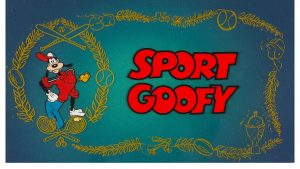 The film was never intended to be of  ‘theatrical-release’ quality.  By early 1984 there wasn’t nearly enough urgency on the featurette as there should have been… with the 1984 Olympics almost upon them.  The project hadn’t even been assigned a bonafide producer. Tad Stones, Joe Ranft, and Mike Giaimo had writing credits on the featurette.  Chris Buck came back to Disney in late 1984 to work on Sport Goofy in Soccermania.  The old Roger Rabbit development team crew was intact – they were having fun and engaged in a little bit of subversion.  They placed an early version of Roger Rabbit in a crowd scene… clapping wildly in the middle of a group of other ‘funny animal’ spectators at a soccer game. 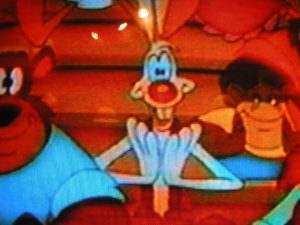 Michael Eisner, Frank Wells, and Jeffrey Katzenberg joined Disney in September 1984.  Not long after, they deemed Sport Goofy in Soccermania as ‘unreleasable.’  The Special Project unit came under the control of the Television Animation Group and Van Citters felt that he had been blind-sided again.  Van Citters’ and Giaimo’s version of  ‘Sport Goofy’ was zany and quirky.  Ward Kimball was brought in as a consultant… to ‘fix’ it.  Even Ward thought that it was bizarre and stayed only long enough to make notes and suggestions.  Eventually, Matt O’Callaghan was brought in as the new director.  The story was modified considerably and new animation was created.  The Sport Goofy in Soccermania featurette was finally released in 1987. 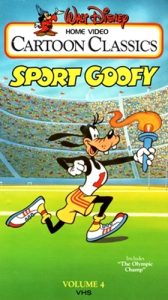 The ‘Sport Goofy’ initiative did yield a wide variety of Disney-branded sports merchandise, but the campaign was not so prominent in North America.  It took hold more in Europe, where ‘funny animal’ comic books were still going strong. 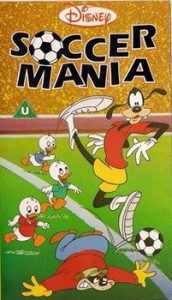 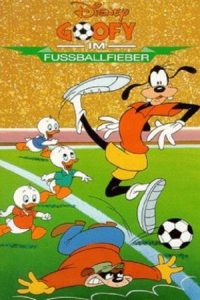 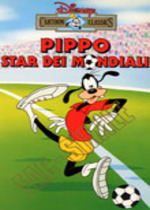 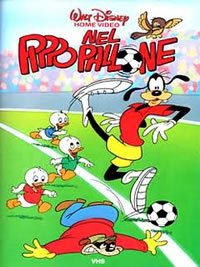 Sport Goofy in Soccermania was almost impossible to find in North America until recently.  One had to buy foreign language VHS videotapes from eBay in order to see it. Nevertheless, it can be seen as the direct antecedent of the DuckTales television series.