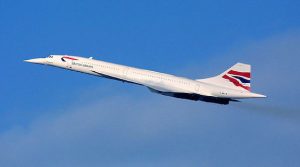 On Tuesday, October 13, Robert Watts went to his office at The Forum with the anticipation of leaving later in the day to go to Spain to scout locations for the upcoming ‘Indiana Jones‘ film.  Instead, he found that he and Don Hahn were booked on the 7pm flight to New York City aboard the Concorde.  They arrived in New York at 5:30pm that same day.

There was a high level of anxiety about the ‘Who framed Roger Rabbit‘ production in the Disney head office corridors in Burbank.  It was behind schedule and over-budget.  When Watts and Hahn went to Disney’s New York office at 500 Park Avenue the next morning, they were ushered past the Andy Warhol painting of Donald Duck in the lobby and into a conference room with Jeffrey Katzenberg, Peter Schneider, Marty Katz, Tim Engel, Frank Marshall, Bob Zemeckis, Steve Starkey, Ken Ralston, and Richard Williams.  Katzenberg spared nobody in the room.  He confided that they would all be looking for new jobs if they didn’t turn the production around.

Katzenberg reserved particular attention for Richard Williams.  He told Williams that he was being too much of a perfectionist.  Williams later said, “He’s a tough corporate guy, but he’s not going to go behind your back.  He’ll do it in front of everybody.”  At another later time, Williams said of the meeting and his relationship with Katzenberg, “Do you want your throat cut by a professional or an amateur?  If I’m going to be stabbed in the back, I’m just as happy to have it done by somebody who is happy to stab me in the front.”

Watts and Hahn returned to London on a regular flight, arriving on October 15th.  That night was the Great Storm of 1987, in which 22 people were killed in the U.K. and France with wind gusts exceeding 100mph.  October 19th of the next week was ‘Black Monday, when stock markets around the world crashed and the Dow Jones Average fell almost 23%.

One of the consequences of the ‘Concorde’ meeting is that a second animation crew, located in Glendale, was given approval to gear up to full speed for the Toontown segment. 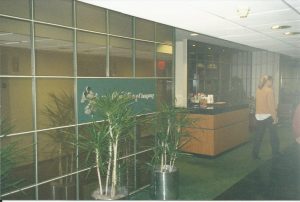